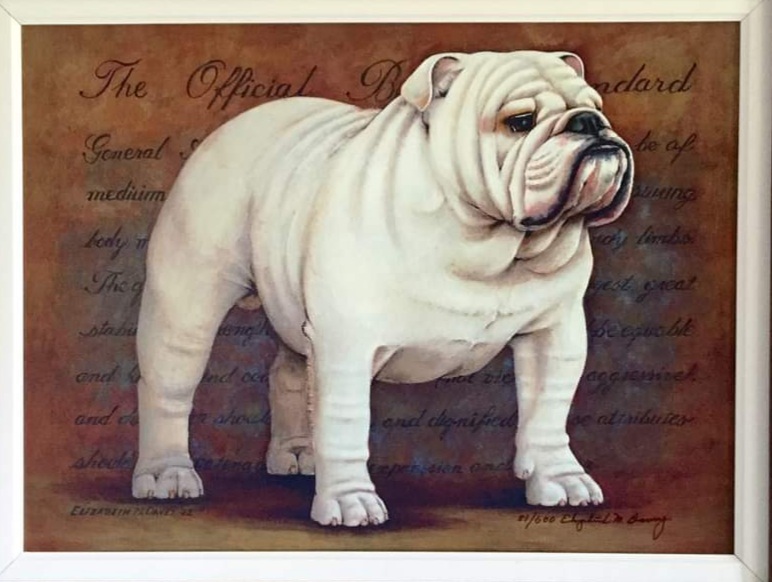 The breed standard of the Bulldog is critical for defining the breed. Fully understanding it will allow you to appreciate a breed that is actually one of balance, proportion and symmetry.The first Official Standard was written in England in 1875. The Bulldog Standard currently in use by the CKC is based on the AKC/BCA Standard written in 1896, itself based on the British Standard of 1875, and it has remained unchanged to this day. The recent modifications made by the BCA are to disqualify the non-traditional colors and the merle pattern. The Bulldog Club of Canada is preparing to do the same. Let us remember that  this breed has a long and rich history, from the time of bull baiting and dog fighting, to a new era of reliable home guardians, therapy dogs and loving house pets.

The world is changing and so are attitudes towards brachycephalic or flat faced breeds, including the Bulldog. It is more important now than ever that pure-bred preservation breeders continue to strive to breed for the standard Bulldog. Those who love the breed must support kennel clubs who stand to protect the breeds through their standards. To change the standard would be the same as changing history. To breed for anything besides what is spelled out in the breed standard would be doing the breed a disservice. Preserve. Promote. Protect.